Non-Destructive Testing of cables that do not require cables to be energised to high voltages.
Safer than alternative methods in ‘high risk’ environments.

LIRA can be carried out on electrical cables hundreds of kilometres in length and is becoming increasingly effective for condition monitoring, or fault location, in long length cables (for example submarine cables connecting off-shore platforms to the grid).

LIRA can test for and detect numerous types of faults and defects in insulation including temperature and radiation damage, moisture ingress and mechanical impact to name a few.

LIRA relies on the correlation between insulation’s condition and its dielectric constant (mainly capacitance) and calculates the impedance spectrum (amplitude and phase) as a function of the applied signal over a wide frequency band. 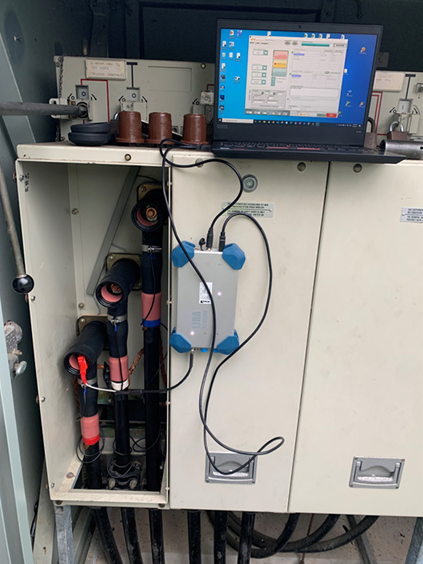 Changes in the permittivity and radius of the cable change the localised impedance. Impedance irregularities cause reflections, with the largest irregularity being at the end of the cable. By analysing standing wave patterns on short and open circuits, LIRA allows the easy detection of changes in impedance.

*Note: For the highest sensitivity, testing from both ends of a cable is recommended to overcome some signal loss across multiple impedance changes, although this is not a necessity.

Brad is the Head of Services at EA Technology Australia.

With over 19 years in the energy sector, 5 of which at EA Technology, Brad has a versatile, technical skillset established through his experience with electrical distribution companies, industrial and renewables across a range of trades and field teams.

Through his early career at a DNO, Brad has a core knowledge and capability in technical, operational and test procedures within the electrical industry. He works predominantly with high voltage (HV) assets and plays a key role in condition monitoring, diagnosing and managing partial discharge defects, conducting PD surveys, training, technical support and data interpretation.

Thank you for your interest in EA Technology. You can request information or a free callback. One of our experts will be in touch with you shortly.

Offline partial discharge (PD) testing is a fast and accurate method of assessing cable health and locating issues, without excava...